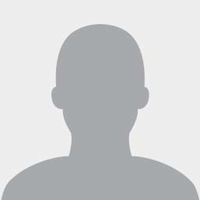 Aside from the looks of dumbfoundedness followed by clarity/obviousness when I'm challenged to "Prove there is a God." and I present Descartes's and Pascal's thoughts on the matter, I'd have to say that the most rewarding aspect of my job comes from coaching the Varsity Boys Baseball team every Spring.  With skill levels ranging from Oakville House League to the Elite level, the complexities that must be balanced abound.

I would be remiss here if I didn't mention FRC Team 3161, the Tronic Titans.  Year after year, they are always exceptional individuals with razor sharp acumen.  A tonne of fun, indeed.  The same has to be said of the annual DWITE, Don Mills Open and ECOO Programming Teams.  To call them "competent coders" would be an understatement.

That's about enough rambling from me.  Thank you for visiting my site.

- Assistant Head Coach, WMBA Mosquito 2018 (my thought process was "They were Ontario champions last year in Rookieball.  What a great opportunity to start hitters at tabula rosa and work with them until they age out...  Ask me what happened...)

- Given attendance consideration for the Fall 1988 Season with the National Baseball Institute (NBI) of Vancouver, B.C., Canada

- Given attendance consideration for the Fall 1988 Season with the University of Kentucky Wildcat's NCAA Division 1 baseball team of Lexington, KY, U.S.A.

In order to access all the drills, instruction videos, blogs, files, links, and to post to the forum, you must be a registered member. Please Login or register with the buttons below: